In September 2016 we had the opportunity for the second time to purchase famous author, essayist, screenwriter, and political pundit, Gore Vidal’s personal library.

The over 3,000 books were collected from his villa in Ravello, Italy, his mansion Edgewater in New York, and home on Outpost Drive in the Hollywood Hills.

The library included his research books on many topics of interest: ancient history, art, political science, literature and Hollywood. Also his personal copies of the books he authored including the rare pseudonymous novel, A STAR’S PROGRESS by Katherine Everard.

In 1990 we were invited to his house on Outpost to buy books. The Everard books were the only ones he wouldn’t sell. He disavowed writing it up until his memoir, PALIMPSEST, when he explained why was forced to write “this romantic tripe.”

We also hosted a book signing for HOLLYWOOD at our store on Westwood Boulevard. We last saw Gore Vidal at the Huntington Library shortly before his death and he was still as witty as ever.

Cataloging his books has given us an interesting insight into his mind. Gore Vidal was the political wit of the twentieth century. He was basically self-taught since he decided to join the Army during World War II instead of college. His books were his university.

The GORE VIDAL catalog is over 1500 books, most are first editions and many are signed to him or by him.

We hope you enjoy our list as much as we did compiling it. Think of it as a glimpse into the person that was Gore Vidal. 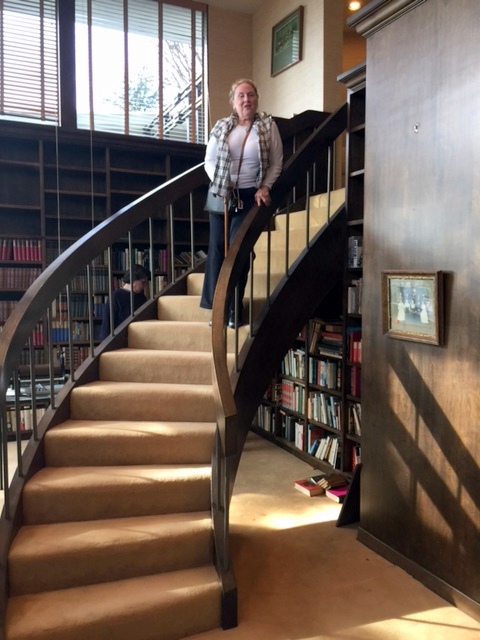 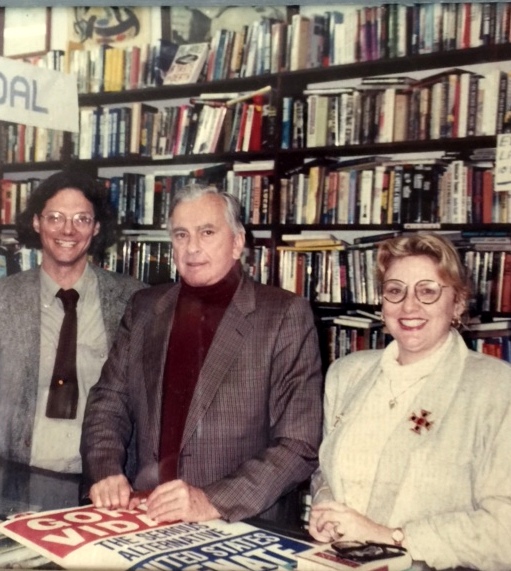 We were contacted last week by an estate sale company who said they had a house that had a large library of books. That was an understatement.

Craig and I turned off Coldwater Canyon, entered the estate through a large gate and a security guard and drove down a long driveway. We parked under a sweeping portico and walked into a large mid-century modern house that sat on the edge of a ridge overlooking the canyons of Beverly Hills with a beautiful view of the ocean in the distance.

Every room had huge windows and built- in bookcases but the best was the two story master bedroom that had a graceful arching staircase leading down to the library. It was easy to see that the owners of this house loved books. The owners were Mr. and Mrs. Charlton Heston.  Mr. Heston called it the house that Ben-Hur built.

The bookcases were 20 feet tall and filled with books on many subjects especially art and photography. Lydia Heston was a famous photographer in her own right. The condition of the books showed that the owners were voracious readers. As we pulled books from the shelves we found that many of the books were warmly inscribed by famous people to The Hestons including President Lyndon Johnson, Charles M. Schulz, Ray Bradbury, astronauts, Jamie and Andrew Wyeth and Richard Avedon.

In our research we learned Mr. Heston and Andrew Wyeth were good friends. Mr. Heston had narrated the documentary on Wyeth's Helga Paintings. Mr. Heston's Wyeth paintings recently sold at auction for over 6 million dollars.

The books ranged from fifties children's books to historical biography, religion, travel, with a sprinkling of fiction. It was interesting that there were only two gun books and almost no Hollywood film books. Perhaps the family had donated those to the academy.

There were books in almost every room of the house so after we finished in the library we explored the rest of the house. We walked outside past the tennis court with its two story observation deck to Mrs. Heston's three story photography studio and gallery which was next door to the plush screening room. The house is set on 3 acres with a pool, spa and meditation garden. It sold quickly for almost 13 million dollars. All in all it was a great book buying adventure even though the books were expensive. This is what keeps us in the book business because every day is something new. The books will be for sale at the Pasadena ABAA book fair February 2018.